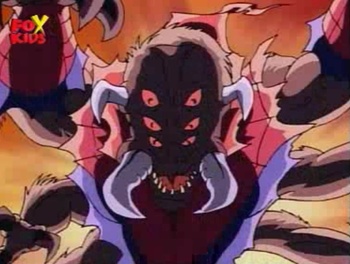 DIE YOU DEMON FROM HELL!!!

Spoilers Off applies to all Nightmare Fuel pages, so all spoilers are unmarked. You Have Been Warned!

"You'll see us everywhere, even in your nightmares..."