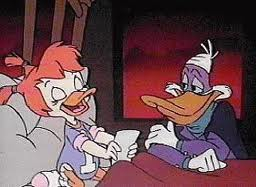 A True Father and Daughter Moment.

It's a Wonderful Leaf

Life, the Negaverse and Everything

The Haunting of Mr. Banana Brain

The Merchant of Menace