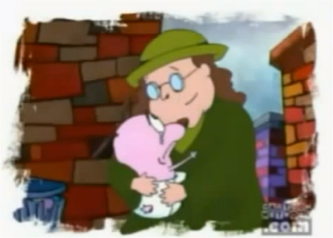 What courage you have.
Courage the Cowardly Dog may be a horror-comedy series but that doesn't stop this show from having heartwarming moments... or entire episodes, even. The things you do for love, Courage.