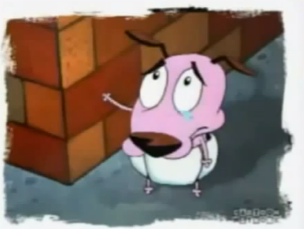 It Makes Sense in Context. Cruel, horrible sense.
Despite its reputation as a comedy/horror show, Courage the Cowardly Dog has several very sad episodes.