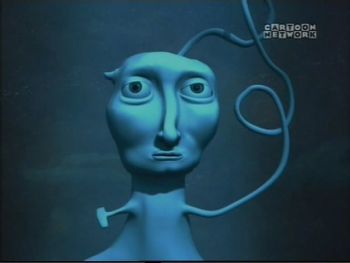 You're not perfect...
For something intended for children, Courage is one of the most terrifying animated shows ever broadcast on television, so much so, that it would've been a good fit on [adult swim].

The Great Fusili
Dr. Gerbil
Demon in the Mattress
Ball of Revenge
Stitch Sisters
Windmill Vandals
Night of the Weremole
The Fog of Courage
Perfect
(Long) List of Others
Video Games