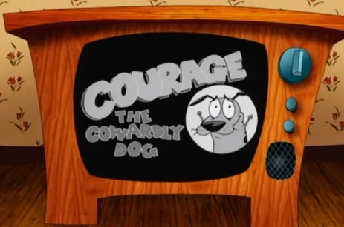 This is a recap page for Courage the Cowardly Dog. The series ran from 1999 to 2002, with a total of 4 seasons and 52 episodes. Beware of many unmarked spoilers. There are a few episodes whose titles were too long to fit on a page.