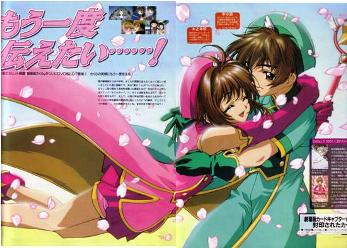 From now on we'll be together forever
Cardcaptor Sakura is essentially a Sweet Dreams Fuel incarnate, expect to see a lot of sweet moments especially with Sakura and other characters.

The first manga series and anime: