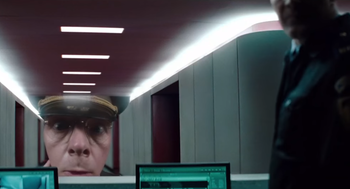 Give Benji a break. He just received his license to be a IMF field agent, you know.
Advertisement:

With Brad Bird helming this instalment of the Mission: Impossible film franchise, his flair for comedy can easily be seen.