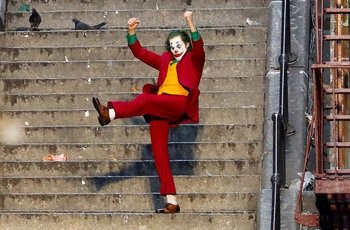 It's a film centered around the Joker. Of course there would be much comedy to be found in this otherwise tragedy. However, a lot of it serves to just make the situation more off-putting and surreal.