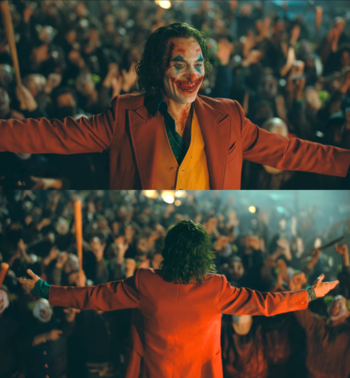 The Clown Prince of Crime is crowned.