Funny / Batman Beyond: Return of the Joker 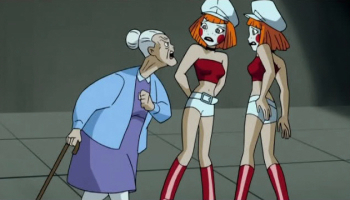 "Break a grandmother's heart! I hope they throw the book at you!"