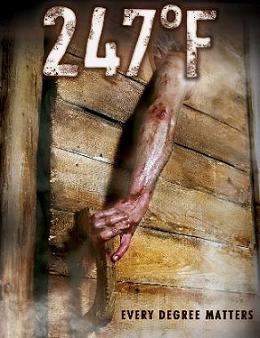 Four friends travel to a lakeside cabin for a carefree weekend, the fun turns into a nightmare when 3 of them end up locked in a hot sauna. Every minute counts and every degree matters as they fight for their lives in the heat up to 247°F.