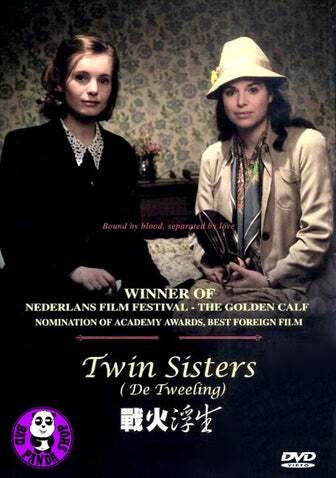 Twin Sisters (De Tweeling) is a 2002 film from The Netherlands, directed by Ben Sombogaart.

The story spans some 70 years. In 1926 two six-year-old German fraternal twins, Lotte and Anna, are orphaned when their father dies. Distant relations argue about what to do with them, and in the end, the girls are separated. Anna is claimed by a German farmer couple, and she is treated as little more than a slave, spending years at hard manual labor without ever going to school. Lotte goes to live with Dutch relatives, who are upper-class, and raise her in luxury...but who never send the letters that Lotte writes to her sister.

The girls grow into adulthood. Anna goes into service, while Lotte attends university and falls in love with a young Jewish man named David. In 1939, the sisters are reunited, but they are soon separated again by being on opposite sides of World War II.