Film / Tombs of the Blind Dead 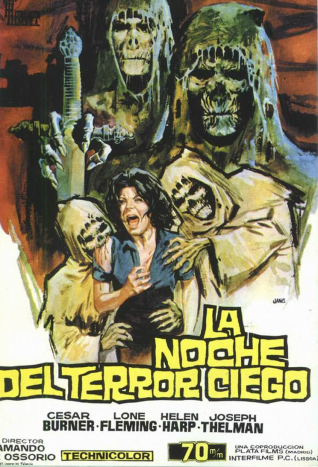 Tombs of the Blind Dead is a 1972 Spanish horror film by Amando de Ossorio, which spawned a number of sequels.

In the original film, tourists visiting an abandoned mediaeval town near the Spanish-Portuguese border. They were drawn by the myths of undead knights haunting the area, and soon find themselves pursued by the Blind Dead.