Film / The Witch Who Came from the Sea 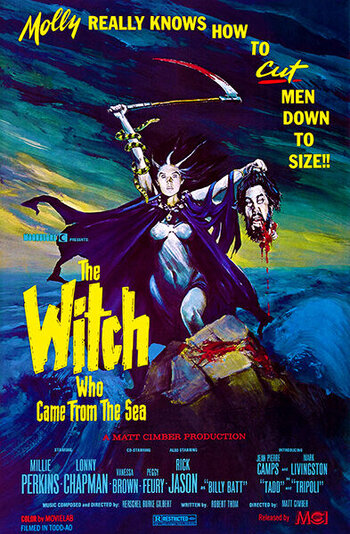 The Witch Who Came From The Sea is a 1976 American Psychological Horror film produced and directed by Matt Cimber and starring Millie Perkins (best known for The Diary of Anne Frank). It tells the story of Molly, a psychologically troubled California waitress whose unresolved sexual trauma from her incestuously abusive father drives her to madness and murder. It was listed on the original list of Video Nasties but never successfully prosecuted, and nowadays is considered a Cult Classic with more psychological depth and artistic ambition than your average Rape and Revenge Exploitation Film.The film is available for streaming on Tubi.