Film / The Outlaw and His Wife 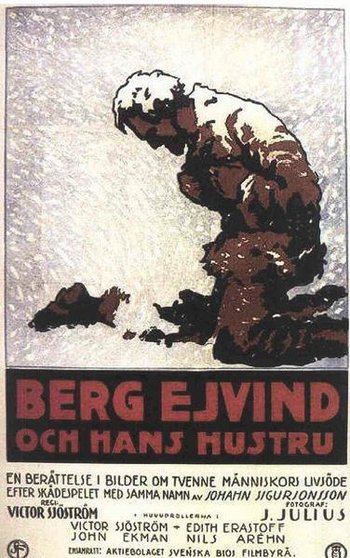 The Outlaw and His Wife is a 1918 film from Sweden directed by Victor Sjöström. It is a milestone in early Swedish cinema.

story of an Icelandic outlaw. Halla is a young widow maintaining her late husband's farm. Her brother-in-law Bjorn makes an offer of marriage, but Halla angrily rejects him, Bjorn having opposed Halla's marriage to his brother.

Into this situation arrives Kari (Sjöström), a wanderer from down south who has arrived in the area looking for work. Halla takes a liking to him and lets him stay on at the farm. Soon that liking is blossoming into love and Halla is designating Kari the steward of her farm. Right around the time Halla is asking Berg to marry her, Bjorn reveals his discovery: Kari is actually named Eyvind and he is a fugitive from justice. Eyvind was arrested and jailed for stealing a parson's sheep to feed his hungry family, only to break out of prison and flee. Eyvind takes flight again, and Halla elects to leave her comfortable life behind and go with him.

Shot on location in the Lapland Mountains of Sweden.