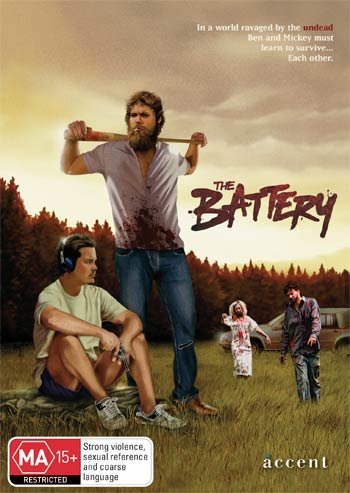 In a nutshell, it's a Road Trip Plot with Zombies

The Battery is a 2012 American drama-horror film directed by first-time director Jeremy Gardner. The film stars Gardner and co-producer Adam Cronheim as two former baseball players trying to survive a Zombie Apocalypse. Much of the drama stems from the conflicts in the two leads' personalities. Ben (played by Gardner) quickly adapts to the lawless and constantly on the road lifestyle, Mickey is almost the opposite, refusing to face the situation and longs for a "normal" life.