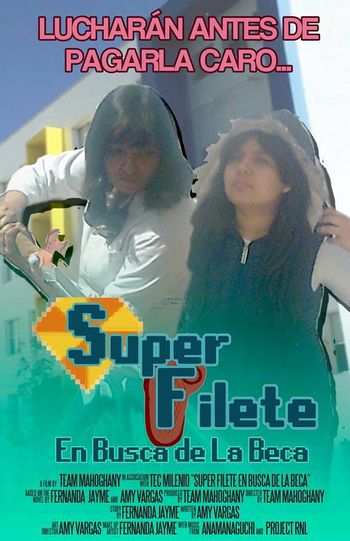 IT’S PAYBACK TIME!
En Busca de la Beca is a student Short Film produced and submitted for TecMilenio's La Noche Del Halcón festival. It's based on the book series Super Filete, not relating to the actual canon. It features music by Anamanaguchi and Project RnL.
Advertisement:

The story has Filete and Cookie trying to find out who took away "La Beca".