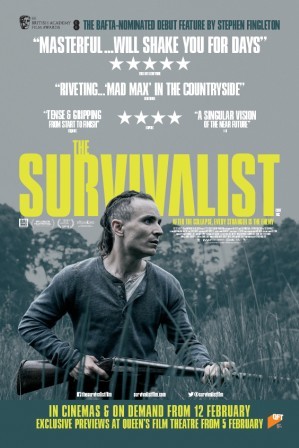 The Survivalist is a post-apocalyptic thriller set in Northern Ireland, written and directed by Stephen Fingleton. A man living on his own in the middle of a forest is joined by a mother and daughter who are desperate for shelter. He takes them in, on his own terms, but they have their own plans.