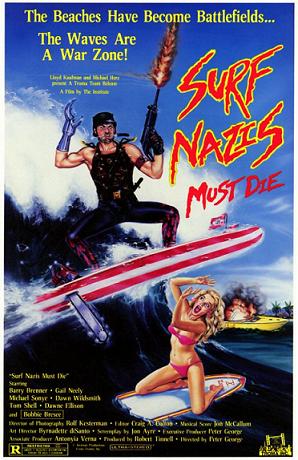 An action-comedy film released and distributed by Troma in 1987. It has amassed a cult following over the years.

After an earthquake mangles the California coastline, variety of gangs take control of the beaches. One of these gangs are the eponymous Surf Nazis, who during one of their exploits kill a man named Leroy Washington who interferes with a purse-snatching perpetrated by them. This turns out to be a bad move, for Leroy's Mama doesn't take this lightly and decides to take them down.