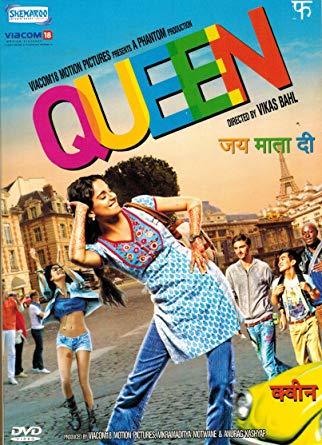 A 2014 Bollywood film starring Kangana Ranaut, Rajkummar Rao and Lisa Haydon about a woman who, after her fiancée breaks off the engagement two days before the wedding, decides to go abroad on her honeymoon anyway by herself. Directed by Vikas Bahl, who also co-wrote the film with Chaitally Parmar & Parveez Sheikh. Released to critical acclaim and commercial success.

No, this film has nothing to do with the band Queen.