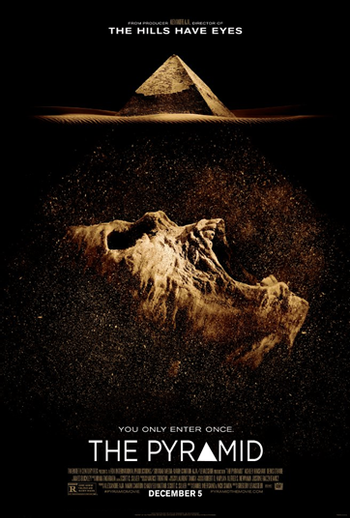 The Pyramid is a 2014 horror movie directed by Grégory Levasseur.

A team of archaeologists discover a vast pyramid buried under the Egyptian desert. As they investigate, they get lost within a complex labyrinth inside the pyramid. As they venture farther and farther in order to escape, the group soon realizes that they are being hunted.

The Pyramid provides examples of: