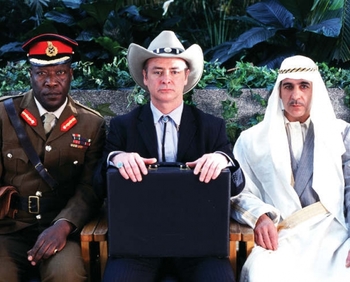 Na Fíorghael (Irish: Ultra Irish) is an Irish short film, 9 minutes long, created in 2005 and directed by Macdara Vallely. Three clients at a psychologist's office are growing suspicious of the receptionist's phone conversations with her friend Loretta, in which she appears to be insulting them. Unfortunately, they cannot be too sure as she is speaking in Irish, and their own Irish is not up to scratch. There is a nice little twist near the end.

Na Fíorghael can be viewed here