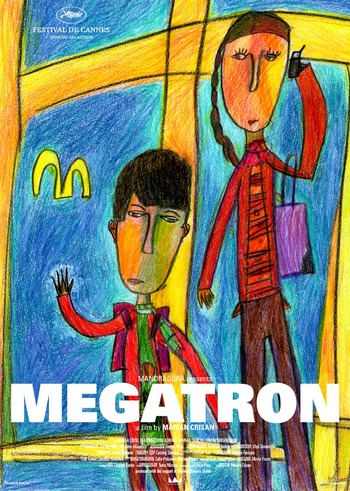 Megatron is a 2008 short film (14 minutes) from Romania, directed by Marian Crisan.

It's a little boy's eighth birthday. He lives with his divorced mother out in the boonies. He and his mom ride bicycles out to a bus stop, where they hitch a ride with a truck driver. That takes them to a tram station, where they go into Bucharest. All of this is so they can eat at McDonald's and get the Happy Meal toy, a Megatron figurine. But while the boy really wants his Megatron, he wants something else: contact with his father, whom he apparently hasn't seen for some time.