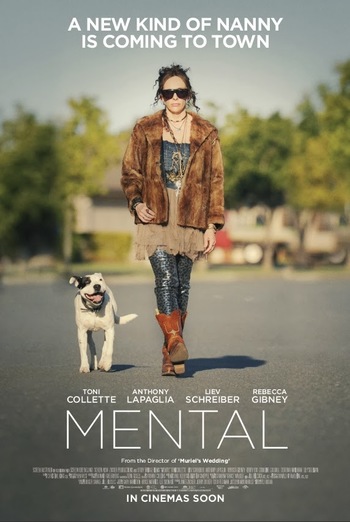 Barry Moochmore (LaPaglia) is the mayor of Dolphin Heads, a coastal suburb of Australia. He's married to Shirley (Gibney) and has five lovely daughters. All of whom are probably quite crazy. Shirley has a tendency to burst into musical numbers and is obsessed with the idea that her family is completely happy and normal. Her daughters believe that they suffer from everything from schizophrenia to bipolar disorder to antisocial personality disorder. After Shirley goes on a shopping spree, courtesy of her neurotic doll-crafting sister, Doris (Caroline Goodall), and tells everyone it's the result of her husband having won Wheel of Fortune, Barry has her committed to an insane asylum and hires a perfectly qualified and sane babysitter in the form of Shaz (Collette), a hitchhiker he sees on the side of the road. Shaz proceeds to show the Moochmore girls that they are strong individuals and that the rest of the world is crazy.

Except, well, Shaz is probably insane herself, and her tactics for teaching the girls to be self-sufficient involve copious amounts of violence courtesy of her dog Ripper, the knife in her boot, and whatever else comes to hand. And it seems she may have ulterior motives for picking the Moochmore family to mentor.