Film / In the Name of the King 2: Two Worlds 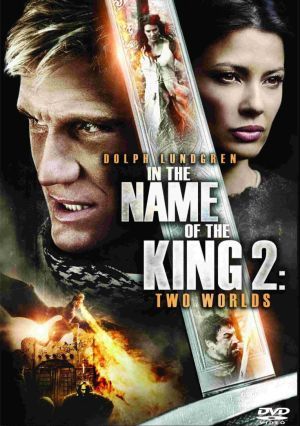 Granger, an ex-special forces soldier and martial arts master, finds his life taking an unexpected turn when hooded figures begin attacking him in his own home. He is pulled through a magic portal into a medieval kingdom where he is declared The Chosen One destined to bring peace to the kingdom.

Sent by the king on a mission to kill the Holy Mother, leader of the "Dark Ones", Granger learns that all is not as it seems and must discover the truth about the kingdom and himself in order to save not only the past, but the present as well.

The film's sequel In the Name of the King 3: Last Mission largely rehashes the concept.

In The Name of The King 2: Two Worlds provides examples of: