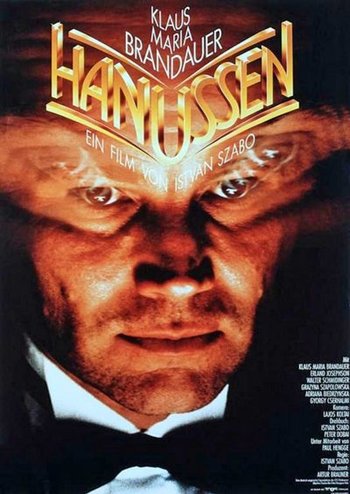 Hanussen is a 1988 film from Hungary, directed by Istvan Szabo.

It's a biopic of Erik Jan Hanussen

, who became famous as a clairvoyant in Weimar Germany. Hanussen (Klaus Maria Brandauer), born Klaus Schneider in Austria, is shot in the head while fighting on the Italian front in the last days of World War I. While going through rehab in an army hospital, he discovers that he has developed gifts for hypnotism and clairvoyancy. He starts an act, adopting the stage name of Erik Jan Hanussen and touring around central Europe giving shows. He soon becomes immensely popular with the European smart set. However, once the Nazi Party comes to power in January 1933, it views Hanussen as a threat.