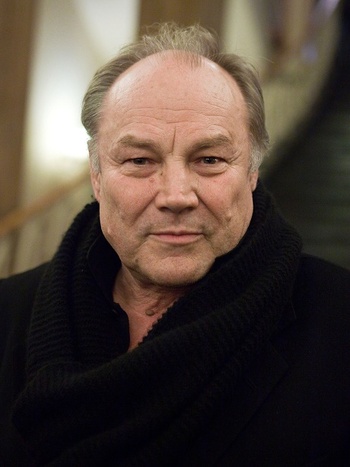 He is best known for his roles in several Hungarian films directed by István Szabó in The '80s such as Mephisto, Colonel Redl and Hanussen, as well as Never Say Never Again, Out of Africa, Burning Secret and the 1991 film adaptation of White Fang.

For his supporting role in Out of Africa, he was nominated for the Academy Award and won a Golden Globe. He's been nominated for many other awards (and won quite a few) from 1982 up until 2000.