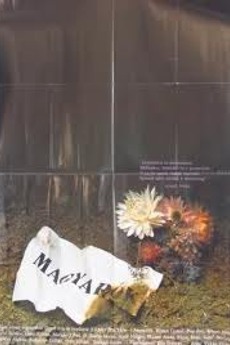 Hungarians (Magyarok, aka "Magyars") is a 1978 film from Hungary directed by Zoltan Fabri.

Fall, 1942. A small group of men and women from a Hungarian village accept invitations to Germany to serve as agricultural laborers. They are so comically ignorant of the wider world that they have little idea who is fighting who in the war and they don't even know who Adolf Hitler is. Since they are voluntary guest workers, they are treated fairly well. They are housed on a German farm with a Benevolent Boss owner. They are given adequate food, clothing, and shelter. When Andres Fabian, one of the leaders of the little group, asks for a bicycle for his son back in Hungary, the farmer buys one for him.

But still, the Hungarians in Nazi Germany see things. There's a prisoner camp that directly abuts the farm. A group of starving Polish women stops at the farm. Their wagon driver simply disappears one day, never to be seen again. French prisoners are used as workers on the farm, and they starve just like the Poles. And then there's the band of Russian prisoners...