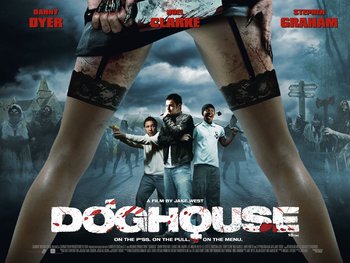 Vince is depressed about his upcoming divorce from his wife, so six of his mates decide to take him away for a weekend to the small town of Moodley, where the women outnumber the men 4:1. Little do they know, all the women of Moodley have been turned into psychotic, man hating cannibals.