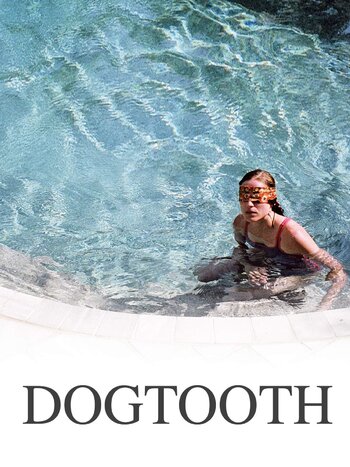 Dogtooth (2009) is a Greek arthouse drama directed by Yorgos Lanthimos that won the "Un Certain Regard" award at Cannes and was nominated for an Academy Award for Best Foreign Language Film.

The plot concerns a husband and wife, who have kept their three adult-age children isolated within the walls of their country estate for their entire lives. They tell them lies about the outside world and even the most basic concepts of life, keeping them in a perpetual state of helpless childhood. Their only outside visitor is Christina, a security guard at the father's workplace, who is brought in for sexual services with the son. As she interacts with the children, she reveals new concepts and realities that threaten their parents' hold over them.