Film / Being Elmo: A Puppeteer's Journey 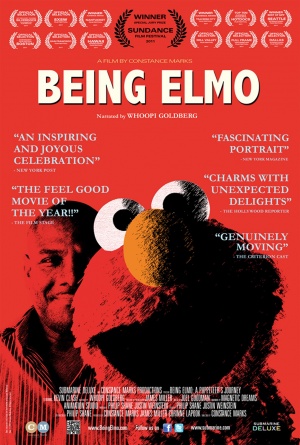 Being Elmo: A Puppeteer's Journey focuses on the Muppet performer Kevin Clash, who performed and voiced Elmo, the adorable and lovable red monster from Sesame Street until late 2012.

The movie follows his upbringing in Baltimore, his passion for creating and performing with puppets; how he began working for Children's Television Workshop (now Sesame Workshop) and his career there, including rising to executive producer, and how his most popular creation came to be.

Compare I Am Big Bird, another independent documentary about a longtime Sesame puppeteer (Carroll Spinney).