Film / I Am Big Bird 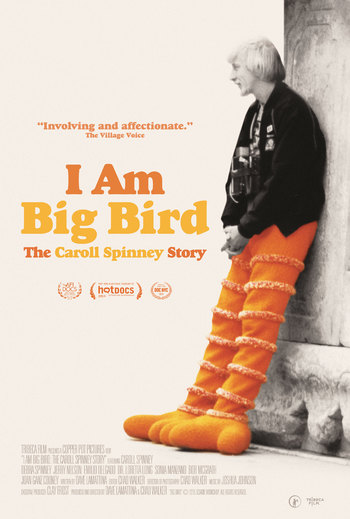 I Am Big Bird: The Caroll Spinney Story is a 2014 documentary by Copper Pot Pictures about Muppet performer Caroll Spinney, the puppeteer for Big Bird and Oscar on Sesame Street since it began in 1969. The film was directed by Dave LaMattina and Chad N. Walker, with LaMattina writing the script.

The film focuses on Spinney's beginnings as a puppeteer, his relationship with wife Deb and his characters' meteoric rise to popularity, sprinkled with home movie footage taken by Spinney. The film was funded via Kickstarter.

Compare Being Elmo: A Puppeteer's Journey, another independent documentary about a longtime Sesame puppeteer (Kevin Clash).