Film / The Best of Youth 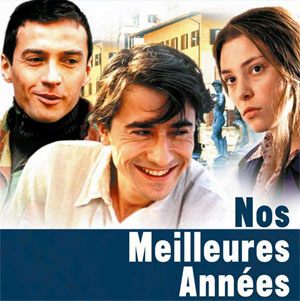 The Best of Youth is a six-hour-long Italian epic that crosses from the 1960s to the 2000s. It is about two brothers, Matteo and Nicola, who break a young girl out of a mental ward, only for her to be recaptured. This affects the rest of the boys' lives, as Matteo joins the army and Nicola becomes a hippie, then gets married and has a daughter. But his wife leaves him, and becomes an extremist.

Despite having a girlfriend of his own, Matteo becomes increasingly depressed and things get worse from there. The film ends on a redemptive note.