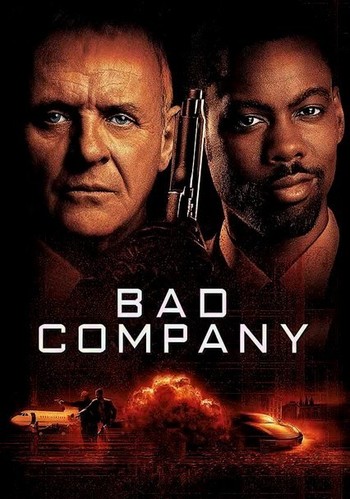 A CIA Agent (Rock) is killed during a mission, which forces Officer Oakes (Hopkins) to recruit the Agent's twin brother (also Rock) to complete the mission.

It was released on June 7, 2002, after being delayed due to the September 11th attacks.

Despite the name, this film has nothing to do with British rock n' rollers Bad Company.note and I can't de-ny...