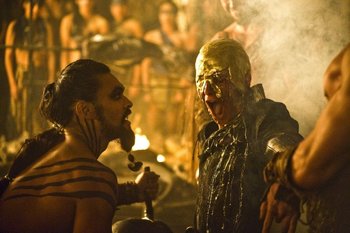 Viserys was really into curing ALS.

The show is infamous for these. As Honest Trailers put it in Game of Thrones Vol. 2