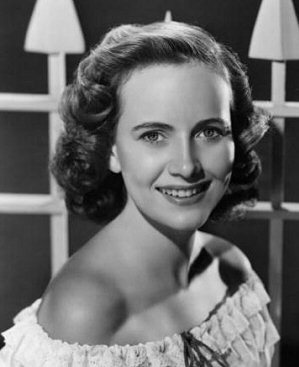 Muriel Teresa Wright (October 27, 1918 – March 6, 2005) was an American actress whose career began during The Golden Age of Hollywood and lasted into The '90s.

She was nominated twice for the Academy Award for Best Supporting Actress, in 1941 for her debut in The Little Foxes, and in 1942 for Mrs. Miniver, winning for the latter. That same year, she received a nomination for the Academy Award for Best Actress for her performance in The Pride of the Yankees (1942). She is also known for her performances in Alfred Hitchcock's Shadow of a Doubt (1943) and William Wyler's The Best Years of Our Lives (1946).