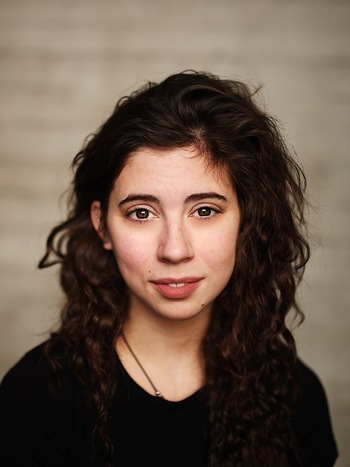 Troper, I have a request. Can you...take me to Elysium?

Skye Deva St. John Bennett (born May 2, 1995) is a British-American voice actress, musician, and streamer best known for her roles as Pyra and Mythra in Xenoblade Chronicles 2.

Like many other video game voice actors, Skye is One of Us and regularly engages with the communities and fandoms around her work. She quickly became a member of the Xenoblade community and streamed through the main game and Torna: The Golden Country on Twitch. In 2020, she started to stream Xenoblade Chronicles: Definitive Edition. She regularly streams Super Smash Bros. Ultimate as well, for which she both reprises her role as and mains Pyra and Mythra. While UK voice actors are not as well known as their US (or sometimes Canadian) counterparts, Skye's role(s) as Pyra and Mythra brought her to international recognition, especially after their Smash debut, causing both Xenoblade Chronicles 2 and SSBU to serve as Gateway Series to the UK voice acting community for many fans in North America or elsewhere (much like Adam Howden did for Shulk in both games as well as the original Xenoblade Chronicles).

Skye is also active in the music scene, which she uses her middle names "Deva St. John" as her stage name. Her style is various types of punk and/or bohemian rock, often with an anti-establishment bent to it.