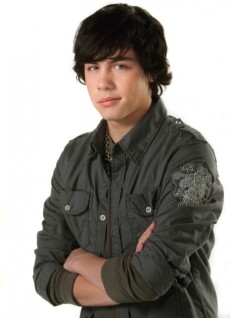 Munro Skylear Chambers (born July 29, 1990) is a Canadian actor, known for his roles as Wilder on The Latest Buzz and as Eli Goldsworthy on the hit Canadian Teen Drama Degrassi. He has an identical twin brother named Thomas Chambers, who is also an actor.