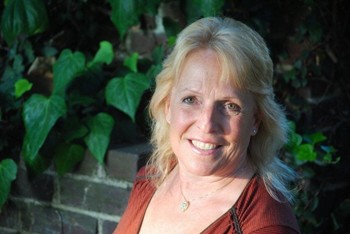 Ellen Hopkins is an American freelance writer. She is mostly famous for her verse novels, or narrative poetry in which a novel-length narrative is told through the medium of poetry. All of which are about everything crapsack in the teenage world. All of her books are serious Doorstoppers. Debuted with Crank, a novel based on her daughter's experience with crystal meth.

Her work contains examples of