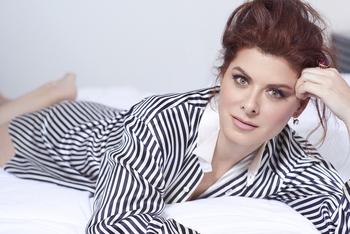 Debra Lynn Messing (born August 15, 1968 in New York City, New York) is an American actress who is best known for playing Grace Adler on NBC's Will & Grace. She also starred in the miniseries The Starter Wife and later The Mysteries of Laura.

She is active in various progressive causes, notably reprising her role as Grace on the condition that Grace be a feminist.