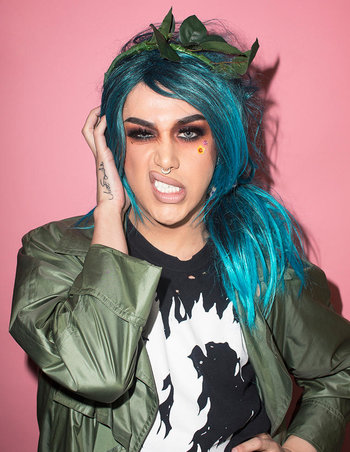 Prior to her career in drag, Adore became known to the public as Danny Noriega, a contestant on the seventh season of American Idol, where his flamboyant personality and pointed comments to judge Simon Cowell ("I guess some people weren't liking it!") turned him into an overnight Internet celebrity despite being eliminated early into the semi-finals.

After Idol, Danny started performing under the Adore Delano persona, capitalizing on her Internet fame from the show and YouTube. Despite losing an online fan vote to become a contestant on season five of RuPaul's Drag Race, her sheer popularity paved the way for a (successful) second attempt to join the season six cast, ultimately finishing the competition as co-runner-up with fellow Idol franchise alumnus Courtney Act.

Upon participating on Drag Race, Adore released her debut album, Till Death to We Party, in 2014, and released a follow-up called After Party in 2016. Both were significant hits on the Billboard dance charts, even by Drag Race contestant standards.

In 2016, Adore returned to Drag Race for its second all-star season. This go-round on the show wasn't quite as successful as her first, with her becoming the first contestant to voluntarily withdraw from the show in its second episode, after receiving some rough critique from judge Michelle Visage.