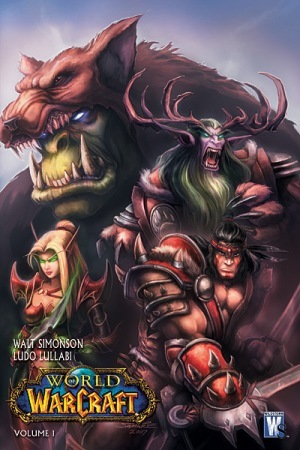 A Comic Book series set in Blizzard Entertainment's Warcraft universe and released monthly in a standard western comic format. The World of Warcraft comic is set to run for twenty-five issues (October, 2007-January, 2010) and chronicles the adventures of Lo'gosh the amnesiac gladiator as he rises up and discovers his true identity. The comic is published by Wildstorm and written by Walter Simonson with Louise Simonson.
Advertisement:

It is a major part of the Warcraft Expanded Universe. In fact, many plot points are brought into the game by way of patches.

This comic book series provides examples of the following: