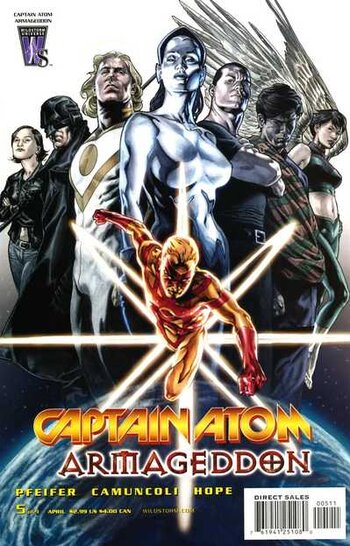 Captain Atom: Armageddon is a 2005 miniseries by DC Comics under the Wild Storm imprint.

After the events of Public Enemies. Captain Atom suddenly finds himself in the WildStorm universe.