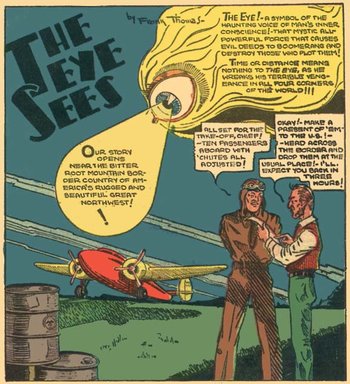 The Eye Sees is a Superhero comic from The Golden Age of Comic Books, written by Frank Thomas and published by Centaur Publications in Keen Detective Funnies #16-24 and Detective Eye #1-2. It concerned a mysterious eye-shaped being who seeks bring justice to the entire world with his omnipotence.