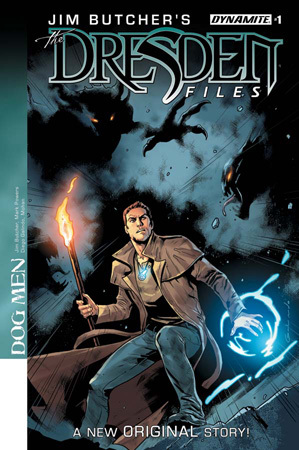 Dog Men is a six issue The Dresden Files miniseries. It is set between the novels Small Favor and Turn Coat.

When a monstrous creature slaughters several residents of Taylor, Mississippi, Dresden is asked to investigate by Senior Council member Listens-To-Wind. It appears to be a series of murders by werewolves but are being blamed on the local supernaturals called the Dogmen. Issues become even more complicated when the government sends in teams to eliminate the creatures.

Tropes appearing in Dog Men include: