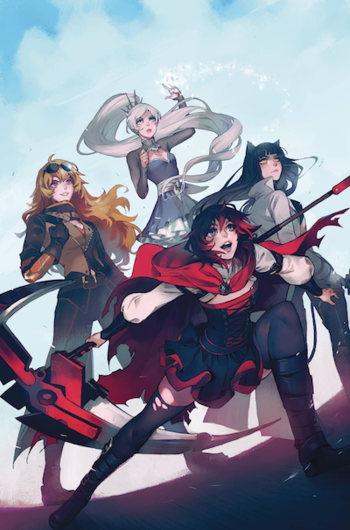 RWBY is a seven-issue comic series based off of RWBY. It is published by DC Comics. It was initially released digitally with each issue split into two chapters, with the first issue coming out in August 2019.

The comic consists of side-stories (mostly set around Volume 4 with the group splintered) and goes into depth on topics the show hasn't.