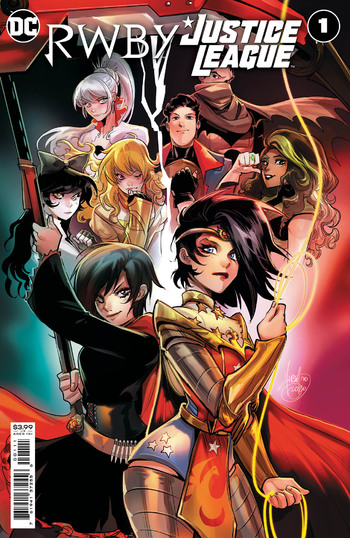 RWBY/Justice League is a 2021 DC Comics limited series, featuring a crossover between RWBY and the Justice League.

Set in the world of Remnant, Team RWBY encounters mysterious warriors in their fight against the Grimm. Ruby and Yang team up with a local farmboy to take down a new type of Grimm set loose on their home island of Patch, while on Menagerie, Blake meets an enigmatic woman who seems out of touch with the current times, and in Atlas, Weiss meets a brooding, troubled heir.

to be in development by Rooster Teeth and Warner Bros. Animation for a DTV release in 2023.