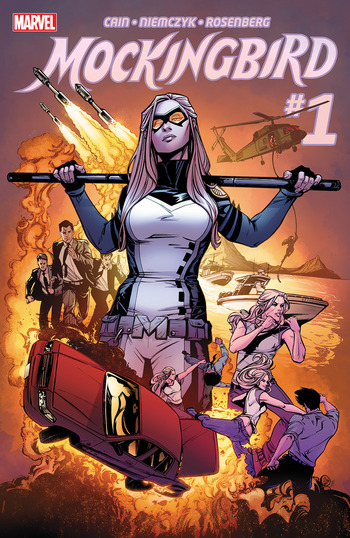 Mockingbird is a 2016 Marvel Comics series by Chelsea Cain with art by Kate Niemczyk.

BECAUSE YOU DEMANDED IT! Now in her own ongoing series! Bobbi Morse is Mockingbird, S.H.I.E.L.D.'s most versatile, most in-demand agent! But a string of missions gone wrong indicate that something strange is lurking within S.H.I.E.L.D.'s own medical and recovery network. How far will Mockingbird have to go in order to solve this puzzle box and get to the truth? Bestselling author Chelsea Cain teams with newcomer Kate Niemczyk.