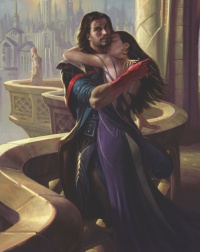 An ongoing comic series based on Magic: The Gathering following the planeswalker Dack Fayden, greatest thief in the multiverse, in his quest to find and kill the evil planeswalker Sifa Grent and avenge the destruction of his village.